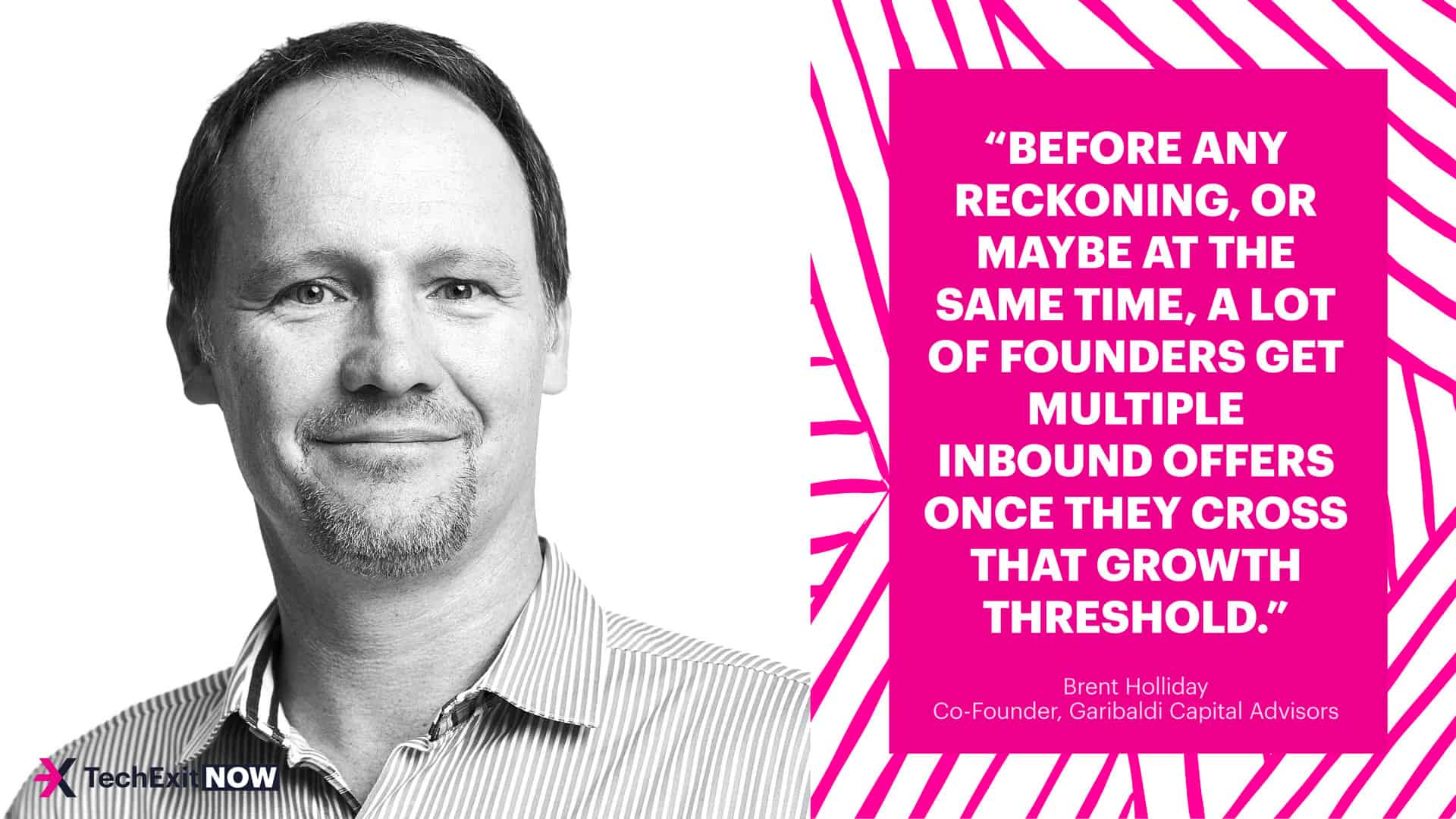 Hello to the TechExit.io community,

For years, Canadian tech leaders lamented that entrepreneurs sell their companies too early. But Brent Holliday, co-founder of Garibaldi Capital Advisors sees it differently. With more Canadian companies chasing growth, more doors open for smaller-scale, but equally life-changing exits for bootstrapped or angel-funded companies. Speaking with TechExit.io ahead of his presentation at the April 20th event, Brent shared the three scenarios when it makes sense for mid-stage startups to consider an exit.

Check out the full interview below. Enjoy

PS: TechExit.io is IN-PERSON and coming up on April 20th, (for the first time in 3 years!). We hope to see you there.  Check out our amazing line up.

Knowing when to sell your startup is a controversial topic.

Internally, you have stakeholders to think about. Externally, there will always be detractors who say you sold too early.

Brent Holliday, co-founder of Garibaldi Capital Advisors, knows about this dilemma all too well. Starting his career as a tech founder, he sold his company and went first into venture capital before settling into tech mergers and acquisitions. Now, Brent advises mid-market tech company founders looking to sell for a price between $15 million and $100 million on average.

Speaking with TechExit.io, Brent shared the three scenarios where it makes sense to sell your mid-stage startup versus waiting longer to scale up before an exit.

Once a startup hits about $5 million in revenue, Brent says founders are due for a “reckoning.”

In short, this reckoning comes from two facts of building a startup:

At this level, founders might want to cash out for optionality. There might be opportune market conditions, different life goals for the founders, or simply wanting to remove some cash from the company and use it in different ways.

“It’s a hard slog to get from $5 million to $50 million and usually takes three to 10 years to hit this reckoning point from start up,” said Brent. “And you have dilution to think about, which could lower your overall take even if the risks pay off. So founders start to ask themselves if they really have another five years in them at that point.”

Even if a founder is ready for growth, Brent said many companies begin to get inbound offers once they hit the $5 million-plus revenue mark.

“Before any reckoning, or maybe at the same time, a lot of founders get multiple inbound offers once they cross that growth threshold,” said Brent.

For companies with inbound interest, Brent cautions to pay attention to the type of buyer. He noted there are often two:

1. The Strategic Buyer: This buyer, often a large enterprise, wants to buy your company and integrate it into their existing business. Acquisitions of this sort are often for products that can be leveraged across their larger customer list and/or proprietary technology. Founders may have a 1-2 year retention agreement or earn out, but otherwise are no longer owners of their startup.

2. The Revenue Buyer: This buyer, often a private equity firm, wants to buy cash flowing companies and work with the founders to grow it even further. In this case, buyers will buy anywhere from 51% to 75% of the equity, giving founders a chance to get some cash off the table. However, they also expect founders to continue on as owner-employees, growing the company within the new acquirer. In the end, the typical hope is the founder’s remaining equity ends up worth more than the original purchase due to growth.

“Only about half of inbound acquisitions are strategic buyers,” said Brent. “The founders might have to stay on longer with a private equity firm, but it can still make sense to cash out potentially millions of dollars and still get the chance to grow your company even further in a more well-resourced environment.”

3. The rocket in need of fuel

Not all venture capital investments fall into the dichotomy of total failures or wild, multi-billion dollar successes. There is a slim middle of companies that are doing well and growing but not at the rate that venture capitalists need in order to sustain their business model.

This type of business - the sustainable, growing rocket ship that won’t quite get to the moon - is the third time when selling could be a good idea.

“Selling this kind of company makes sense because the fundamentals are strong enough to get investors some return, but this won’t be the huge home run for them,” said Brent.

Founders with this type of company might end up selling to a strategic buyer or private equity company, since the metrics make sense under different ownership structures even if they don’t work in VC-land. However, Brent said this kind of exit may not be as lucrative, depending on how many investors are on the cap table. It’s something founders should discuss with their advisors if they are looking at this path.

“We worked on one deal that was $20 million in sales, but only owned by two people,” said Brent. “On the other hand, another deal was over $40 million, but there were over 150 investors to worry about.”

Selling isn’t the only option

Now more than ever before, Brent is excited about two things in Canadian tech. First is that more acquirers are Canadian where previously companies could only get a decent exit selling to international firms.

Second is that selling is no longer the only option. With an increasing Canadian flywheel of second- and third-time founders plus seasoned engineering, product, and sales talent, company leaders don’t need to take the first acquisition offer they see. For this reason, Brent sees M&A continuing healthily in Canada, especially as companies that raised enormous growth rounds in 2020 and 2021 need to use that dry powder in the next 3-5 years.

“The combination of talent and capital means more companies growing bigger in Canada than ever before and attracting growth capital,” said Brent. “And for companies that decide an exit is right for them, that also means, in addition to the international buyers, there are more Canadian acquirers than ever before.” 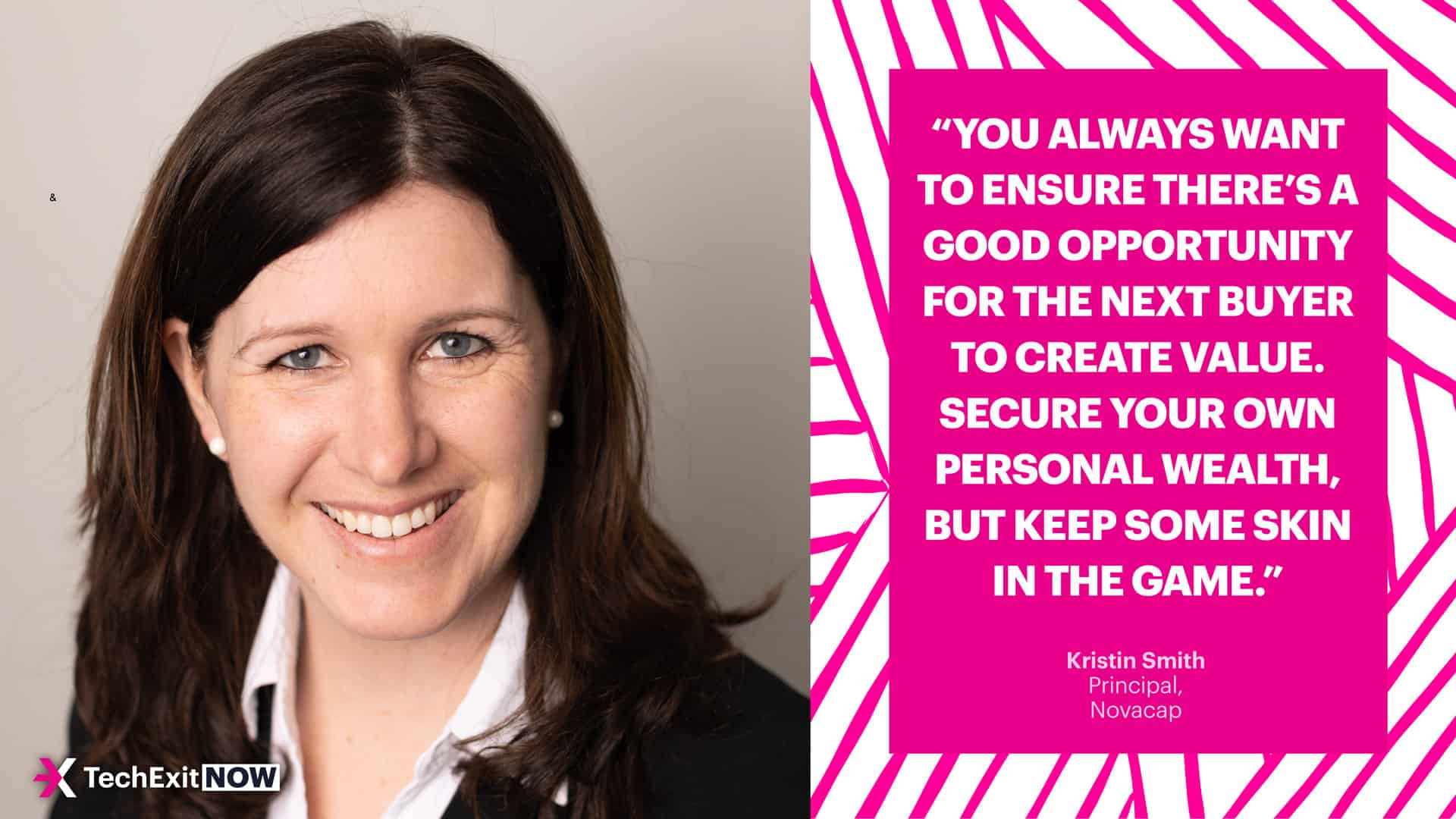 Going For The “Second Bite”: How To Tell If Private Equity Is The Right Growth Strategy 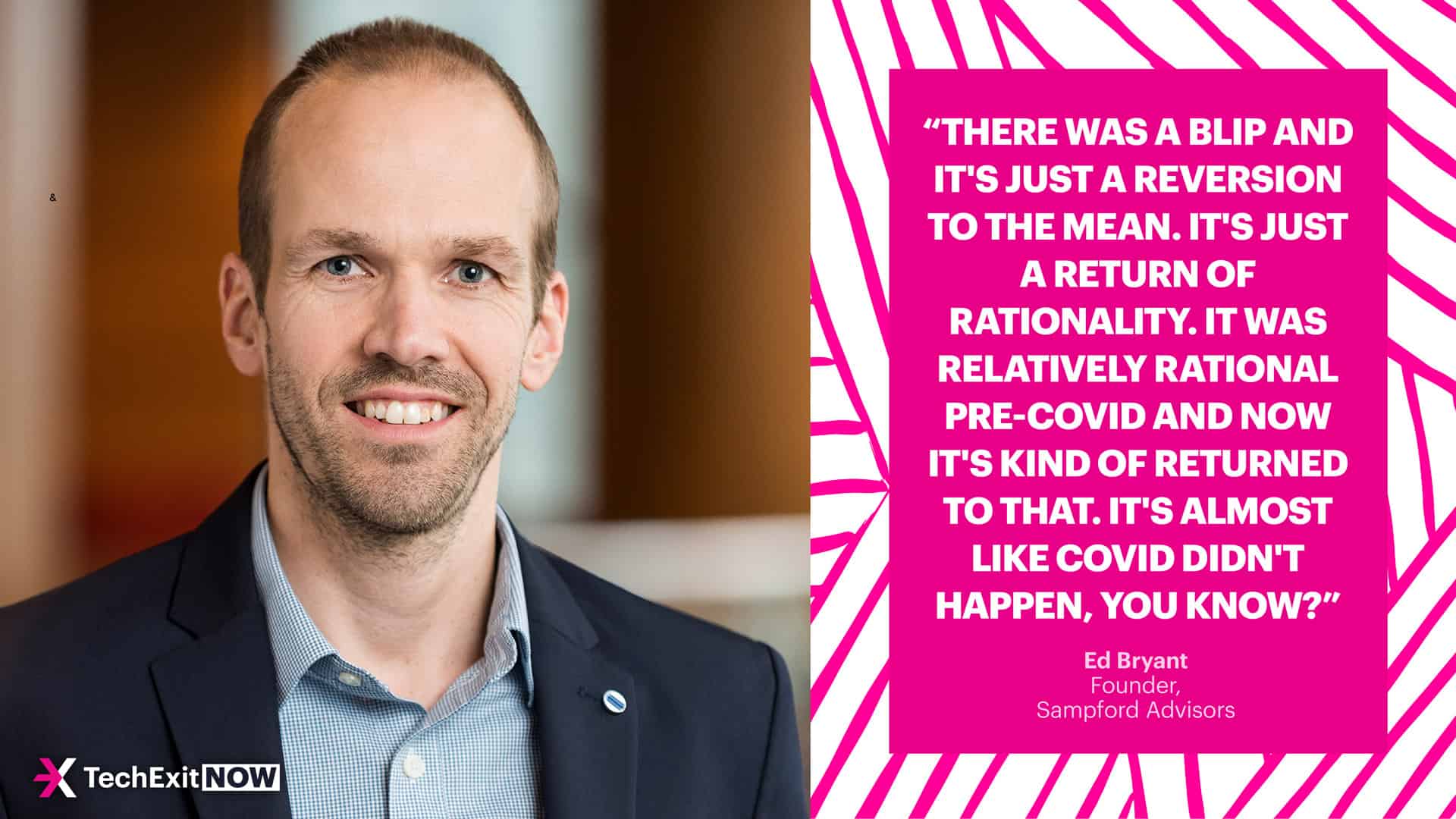